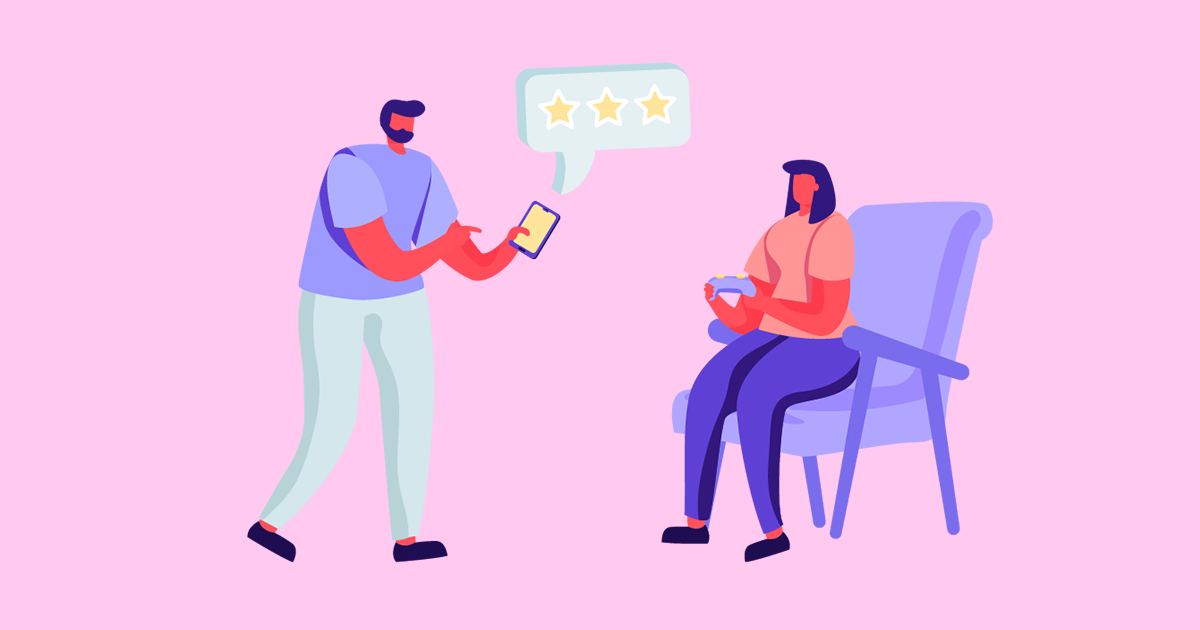 ...if you know what’s waiting around the corner you can make sure that your company keeps up with the latest trends and create sustainable communication...

2019 marks the end of not only another year but also the latest decade; a decade that in many ways revolutionised how we both use and consume video. While platforms like Facebook, Twitter, Youtube and Instagram was established before 2010, it was during the last 10 years that they grew to be the powerhouses that we know today. And that reflects the way people today are looking at video as a way to communicate. Time and time again statistics and research are showing how internet usage is becoming more and more video focused; making video FIRST is no longer just a concept – but a reality.

But as swift as this shift in content producing has been, the revolution still continues and is only evolving faster. This might seem daunting at first but if you know what’s waiting around the corner you can make sure that your company keeps up with the latest trends and create sustainable communication towards customers and investors. These are 4 video marketing trends that we at Qbrick believe will improve your company’s communication in 2020.

You know what’s better than watching a well produced video? Interacting with it! Interactivity in videos as a concept isn’t necessarily brand new, but it wasn’t until recently that the true power of this feature began to show.

By combining showcase with interactive elements you boost your chances of engagement significantly.

Let’s, for example, say that you are selling pieces of clothing, and now you want to push a specific item. The commercial is ready and you’ve put it on the company webpage. Adding interactive elements to the video in the form of a “Choose your size” input field, along with a “Put in cart” button – you both sell the product and create a way to profit from it immediately.

Another example could be an insurance company guiding the customer all the way through an application process solely through video, having the costumer fill out all forms and personal preferences directly within the videos.

These are just two examples of how interactive video could help your business excel.

As mentioned earlier: the mere potential of what interactive video could accomplish is still open to explore. Maybe you could have a QnA in a live stream? How about showing off some real estate where the viewer can decide exactly what to watch? Passive viewing has its benefits, but by creating a two-way communication you’re bound to make viewers more engaged in your content; ultimately benefiting both you and the viewer.

Ever since smartphones became a part of our lives and people started consuming most video content in the palm of their hands, the message has been clear: “you have to produce short, easy to digest content that grabs the viewer’s attention immediately”.

Attention spans are seemingly dropping at an exponential rate if you were to believe recent findings. But is this really the truth? Yes and no.

While it is hard to catch someone’s attention when they are scrolling through their feeds on the fly, it is important to also offer well produced content for times when people actually do have the time to watch it.

Longer episodes may not spark interest in the same way as short bumpers, but it has its own set of advantages. With a longer running time you can make the message of the video much more clear and convey a narrative that shorter videos simply can not.

Imagine, for example, producing an employer branding series where you let your customers explain how your product or service helps them in their business. Then, what if you also gave the viewer the time to get to know them on a more personal level, to let them see them as people with dreams and ambitions rather than just “employees”. This personal connection can truly affect the viewer’s perception in a positive way.

What qualifies as a “longer” video is, of course, subjective. Expecting someone to commit to a lengthy 30-minute video isn’t always realistic, and that isn’t necessarily the main point either. Avoiding a somewhat compulsive need to cut down an amazing 5 minute video to 30 seconds of mediocrity, however, is. It all boils down to having interesting ideas and the will to execute them.

As more and more companies discover the power of video you really need to start bring your A-game to stand out in the competition. With a combination of shorter content that attracts viewers and longer videos to produce a more thought-out message, your company is sure to be ahead of the curve.

Did you know that 80% of LinkedIn users consume the content in their feeds without sound?  It isn’t hard to understand why.

As business days can be hectic and provide few occasions during the day when you have the time to look into social media feeds, more often than not it tends to happen during commuting and other passive activities. Of course, no one wants to be the person to enlighten everyone in the room what they’re watching – for your sake and theirs.

As headphones have the curious habit of always being absent, muted video is usually the way to go. Be that as it may, this puts pressure on the content producer as their videos now require subtitles (or captions) to deliver the message.

To sum it all up – without captions your content risks becoming “inaccessible” and thus: obsolete.

However, missing out on views isn’t the only reason to start considering captions. As of 2019 all public organisations in Sweden are by law obligated to provide captions on everything they publish as a way to increase accessibility.

Starting in September 2020 they also have to retroactively start putting subtitles on content being showcased on their platforms (with some rare exceptions).

Similar directives have also been discussed for private companies (that are in some way involved in the public sector) and might become a reality in only a few years.

(Update: 2020) Read more about The Web Accessibility Directive and how we can help you comply with the guidelines here.

The bottom line is that captions will become more prominent in videos in the near future, both for internal and external reasons, so it would be a good idea to start looking into this feature.

As you’ve probably already heard a thousand times: it’s getting harder and harder to stand out from the crowd with your video content. No matter how great the idea is and how well produced the video is, there is always a risk that it gets drowned in the volumes of content produced every single day.

And even if people are watching your content it can be tricky to convert those views into engagement. One way to counteract this could be to start personalising your videos.

“Video personalisation”, “ultra-targeted” videos or “consumer-first” content builds upon the notion that you should address your audience in a more personal manner.

For instance, instead of broadcasting a commercial to everyone, make the video reach a selected target audience, and in a way that makes them feel special and noticed. Research shows that conversion and engagement skyrocket when viewers see something that speaks to their interests.

While it can seem quite obvious what effects this would have on short term profit, personalisation also plays a big part in building trust and relationships between company and audience. Knowing that someone sees you as an individual, and makes the effort to make something for you specifically, both strengthens the bond between parties, but also creates a positive buzz around the company in general.

Personalisation can take on different forms. Like mentioned in the example above, specific content for specific groups is one way to go. Another could be to involve your audience in the videos. There have been numerous examples of companies using data-driven research to increase profit and engagement in clever ways.

One example is Cadbury who in 2014 (with consent) incorporated their users own content to produce highly personalised videos where their audience members’ names and photos showed up in the video, generating a massive spike in click-through rate.

This ultimately proves the point of how companies today simply cannot rely on communicating to audiences but should instead start having conversations with them.

Evidently personalisation is already a great tool for reaching out to and connecting with audiences and has the potential to grow further. In an era where personal information and data mining have become controversial topics it is natural to take a sceptic stance on the matter. However, when personalisation is used in the correct way it can become something great for both you and your audience. With the right connection and trust it can begin snowballing into something that your audience not only expects, but something that they value.

And that was our list of 4 exciting video trends for 2020! Are there more trends that we might have missed? Let us know!

Go to our main page.

Let’s talk about your video strategy.

Receive tips, tricks and other helpful information that you might have otherwise missed.